How to vote for delegates?

Voting on Lisk means to actively participate in the consensus by delegating your stake to a Delegate. When voting, you should make sure that you trust the delegate you want to vote for. You shouldn't base your decisions solely on percentages, but also how trustworthy the delegate is and what contributions it makes to advancing the Lisk ecosystem (which can indirectly increase token value).
Read more here

An active delegate can mostly be considered as a forging delegate, who is able to forge new blocks for the Lisk blockchain.

Delegate inactive for a given round. They may be selected to forge a block with a probability proportional to their voting weight.

The amount of votes cast for a delegate by voters

A vote cast for oneself by a delegate required by protocol.

When a delegate is penalized for misbehaving (PoM), then they will not be able to mine blocks for ~90 days, while the voter tokens are blocked for ~30 days.

How to vote for delegate¶

First, make sure you are using the latest version of Lisk Desktop (min. 2.0). 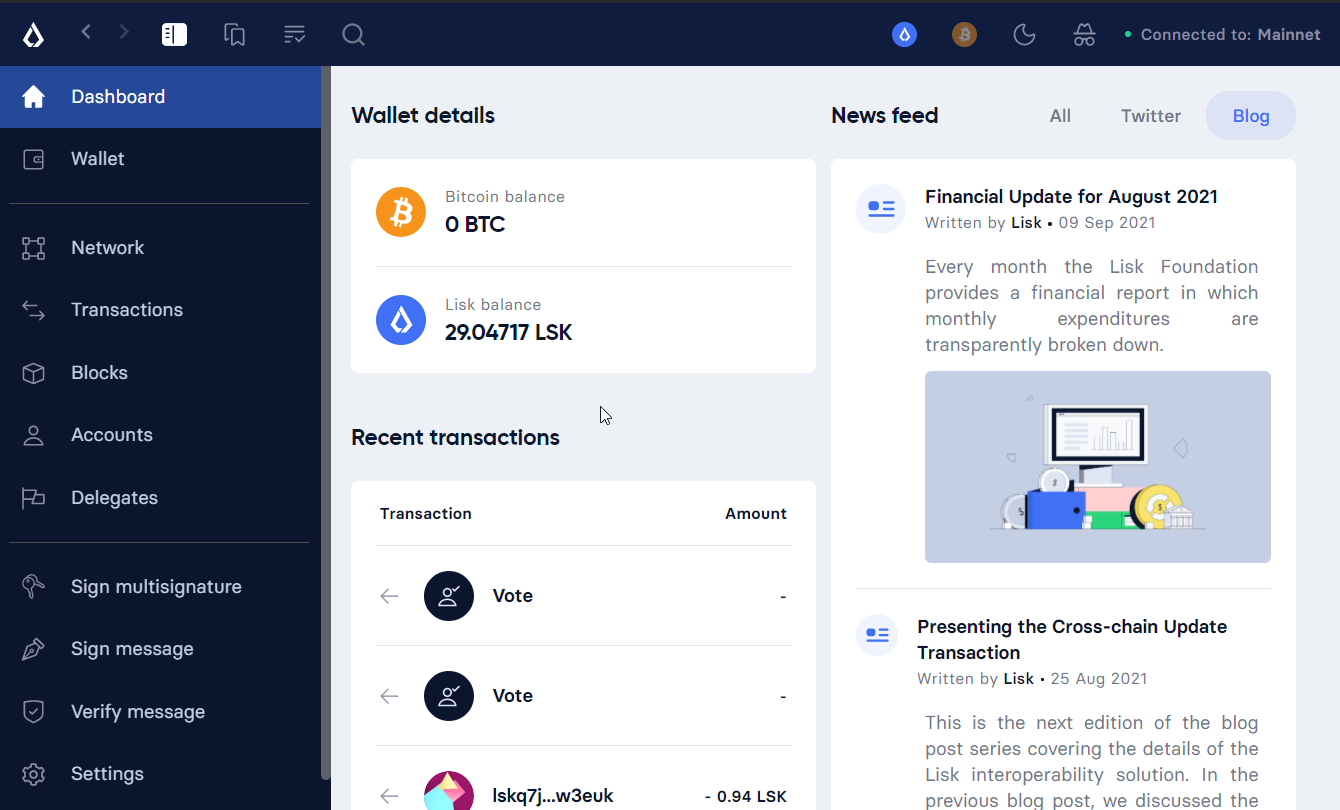 In the voting queue, you can add/edit/delete votes in one transaction with different delegates.
You can even unvote 10 delegates and vote for 10 new delegates as long as you have free tokens per vote.

You can't swap votes from a delegate to another delegate - you have to unvote, wait 6 hours, unlock tokens and only then you can vote a given number of tokens 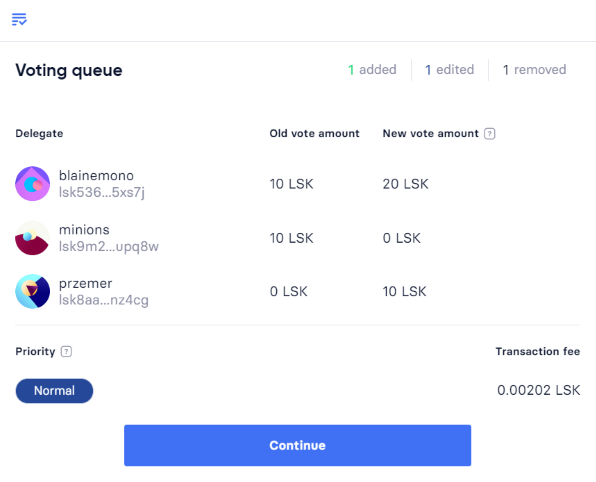 How to change a vote¶

Same as when changing the vote

, but when editing the vote click Remove vote - automatically a given delegate will appear in the voting queue with New vote amount equal to 0 (in short all votes will be removed).

Remember that tokens will not automatically return to your account, you have to unlock them with a transaction, about what below. 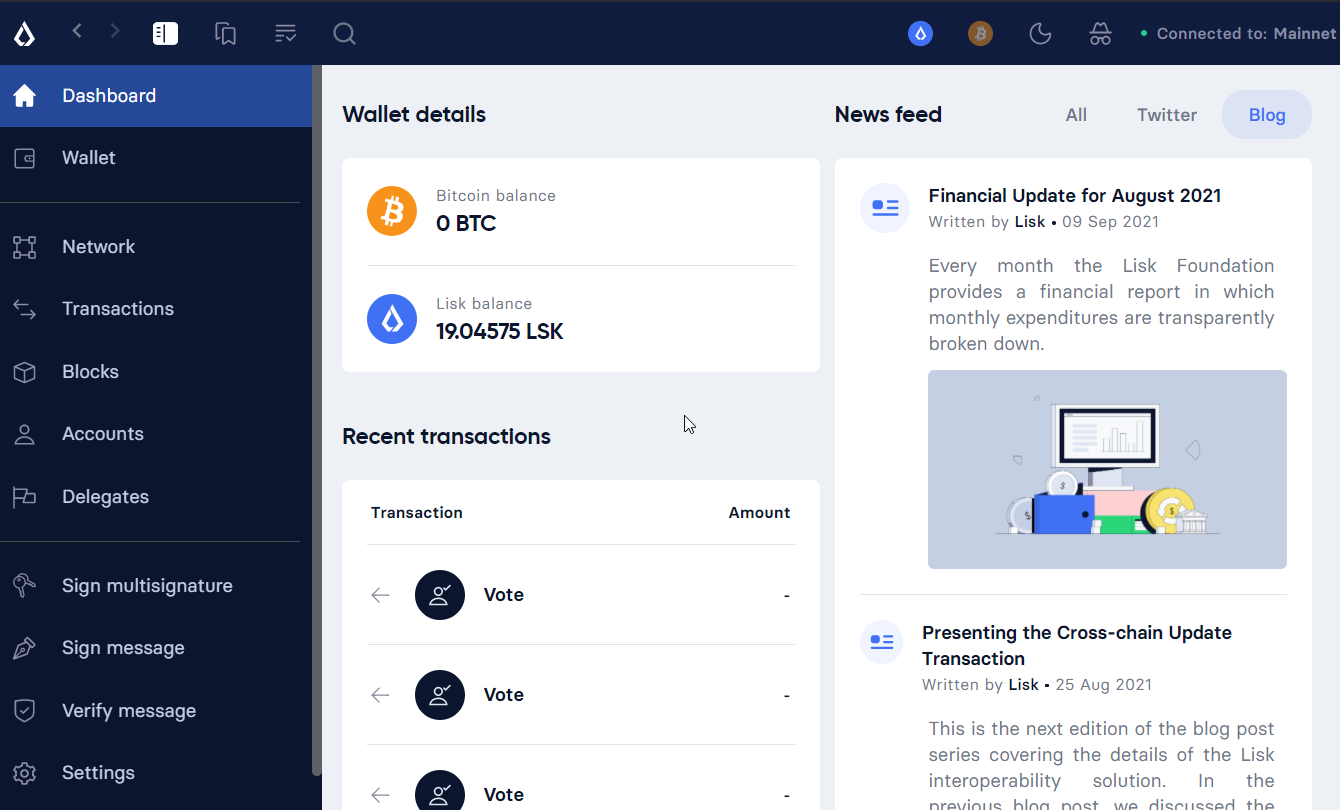 after unvote transaction, it is possible to unlock your tokens.

The tokens will go to the wallet as soon as the Unlock transaction is confirmed in the block. 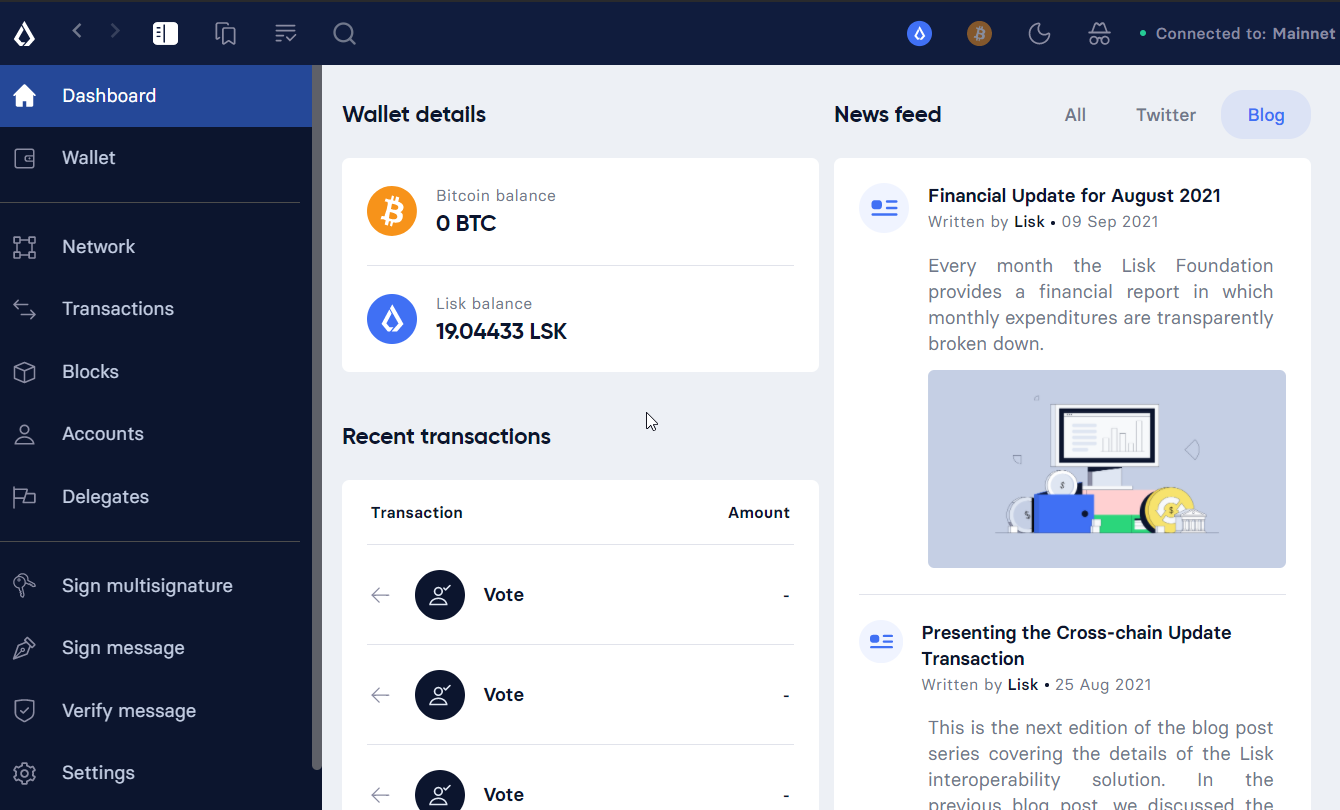 Tools to help you vote¶

Remember to vote for reliable and verified delegates!

Despite your research, you still don't know who to vote for?
Join Lisk Discord and find out more on the #delegates-chat channel.