Lisk Core is the program that implements the Lisk Protocol. In other words, Lisk Core is what every machine needs to set-up to run a node that allows for participation in the network.1

The Lisk SDK aims to provide an easy and reliable Software Development Kit for building blockchain applications, which are compatible with the Lisk Protocol.2

The architecture of the Lisk SDK has been designed so that it can be extended to meet the requirements of a wide variety of blockchain application use-cases. The codebase is written entirely in JavaScript , which means for a majority of developers, no significant change of tools or mindset is required to get started. The Lisk SDK makes every effort to allow developers to focus simply and purely on writing the code that matters to their own blockchain application, and nothing more.

Modules can be registered to a blockchain application to extend the on-chain logic.

Tutorial: How to create plugin

Plugins are able to perform the following:

Tutorial: How to create plugin

Lisk Service is a web application that allows interaction with various blockchain networks based on Lisk and Bitcoin protocols.5

The main focus of Lisk Service is to provide data to the UI clients such as Lisk Desktop and Lisk Mobile. Lisk Service makes it possible to access all blockchain live data in a similar way to the regular Lisk SDK API, and in addition provides users with much more details and endpoints, such as geolocation and various statistics about network usage.

The project implementation is based on Microservices. The technical stack is designed to deliver several microservices, and each of them provides one particular functionality. The data is served in JSON format and exposed by a public RESTful API. 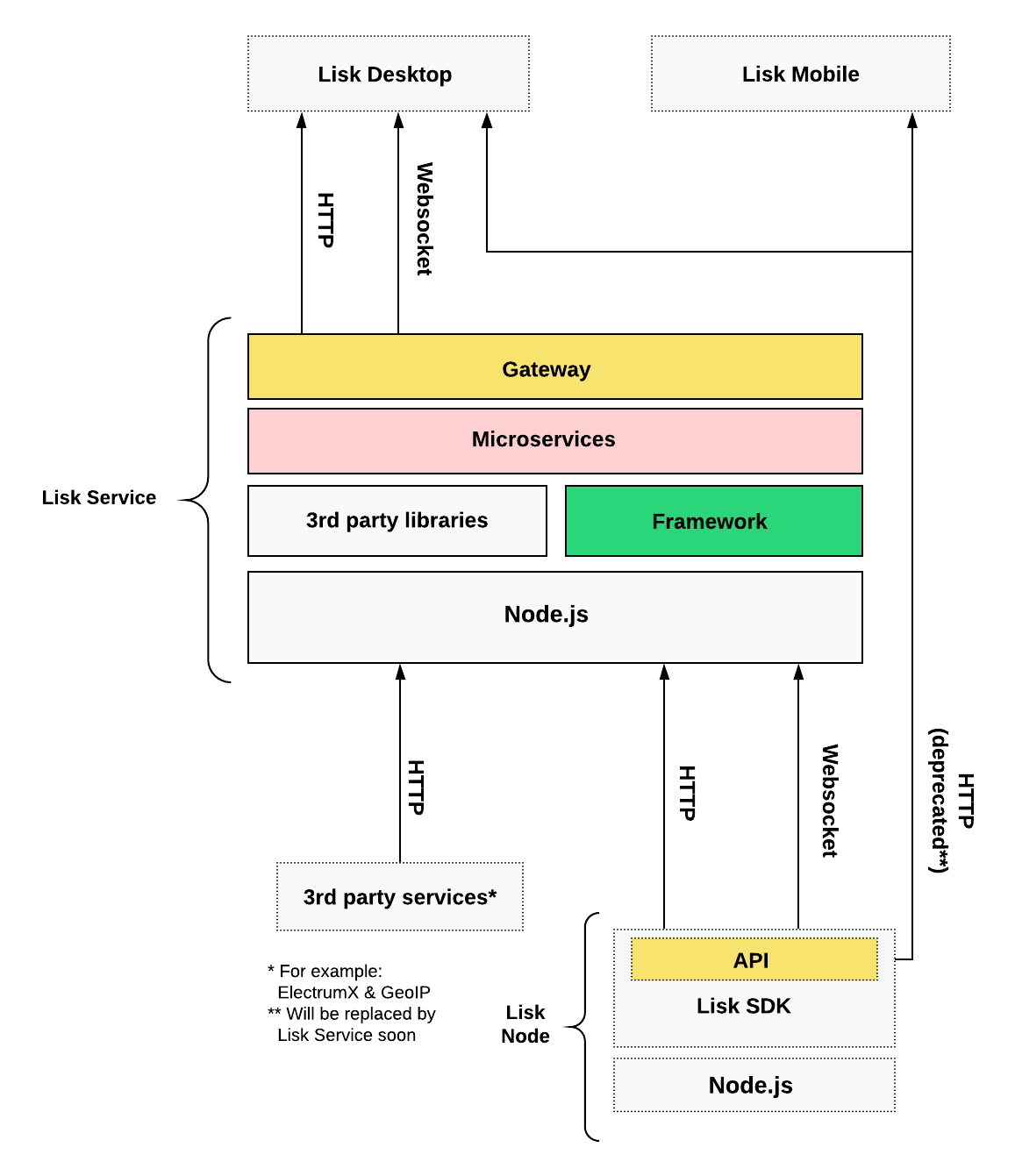 Lisk wallet for destkops, avaible on Windows, macOS and Linux.

Lisk wallet for smartphones on Android/iOS.